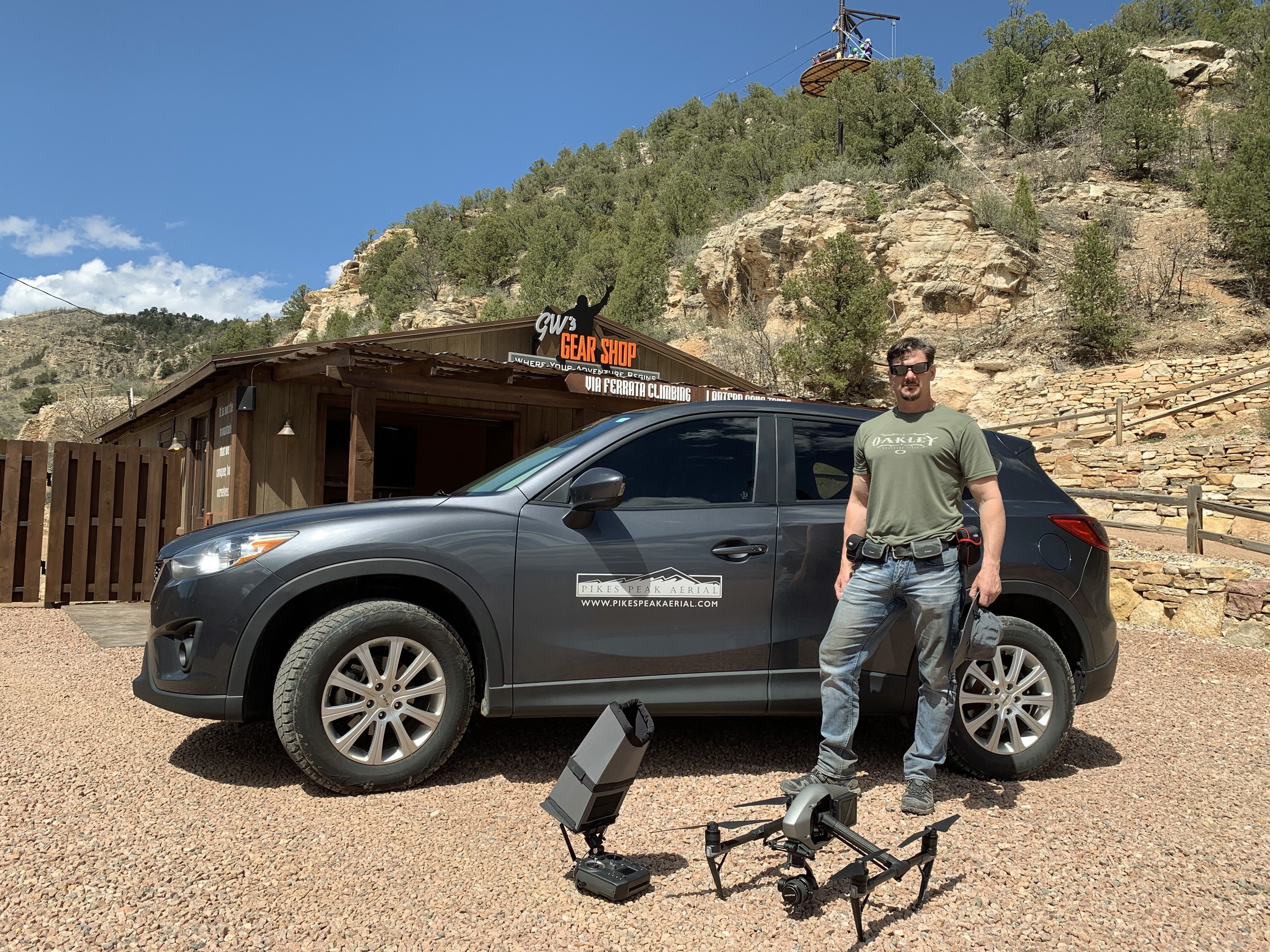 Pikes Peak Aerial is one of the first fully legal commercial drone companies in the country (Section 333 Exempt), long before drone regulations were announced by the FAA. We are a state-of-the-art aerial videography & cinematography company serving Denver, Colorado Springs, Colorado and the surrounding area. We are Part 107 certified and hold many waivers to operate in the nearby restricted airspace along with a Daylight Waiver to operate at night. We are also one of only two companies in Colorado with a 107.39 waiver to legally fly over human beings at night at the time of this writing.

The owner, Scott Randall, is a retired U.S. Air Force Major and served 20+ years as a leader in IT. Scott also holds a FAA Part 107 Remote Pilot Certificate, along with a B.S. in Computer Science and M.S. in Computer Information Systems. Years ago, the FAA granted Scott a Section 333 Exemption. In order to become compliant, he pursued a Private Pilot's License, which he was granted by the FAA. This exemption enabled Scott to become a true pioneer in his field and allowed him to earn the trust of many past clients to include Colorado Springs Utilities, Park & Recreational Services, Colorado Department of Transportation, and USA Cycling. Scott is also the exclusive contracted drone pilot for News Channel 13, KRDO.